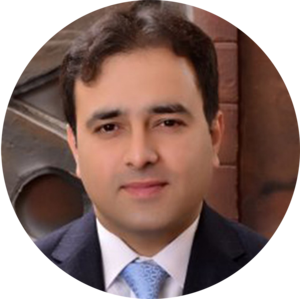 Having completed his specialist urology training in London, he undertook clinical fellowship training at the University College London Hospital in andrology, men’s reconstructive surgery, and male factor infertility management. He has received a number of awards and clinical / educational grants from various organisations including European Association of Urology, British Association of Urological Surgeons, Royal College of Surgeons, NIHR, Coptcoat Charity, and Pelican Group. He holds a PhD degree in Surgical Education from Imperial College London. He is also a NHS Clinical Entrepreneur.

Mr Ahmed has published widely on all aspects of urology with nearly 200 peer reviewed publications and around 300 national / international conference presentations. He is an editor three urological text books and has written a number of book chapters. He is the education lead for EULIS section of European Association of Urology (EAU), Board member of Junior ERUS – EAU and tutor on the European Urology Resident Education Programme (EUREP). Mr Ahmed has been invited as visiting professor / lecturer to institutions in the US, Europe and Middle East.

In his practice, Kamran recognizes the professional duty to treat, learn and teach focusing on safer patient care and ensures that high quality healthcare remains the priority. He believes in individualized treatment that is tailored to the patient-needs and preferences in the context of recent scientific evidence.