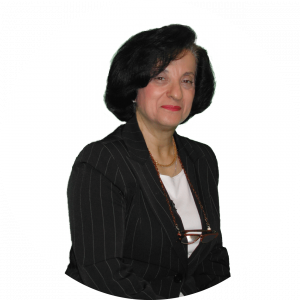 Miss Hanna has more than 30 years’ experience as a consultant gynaecologist and obstetrician and established some of the very first IVF services in London. As a Senior Research Fellow to Professor Robert Winston, she was part of the team that delivered the first IVF quads in the northern hemisphere.

She has travelled all over the world teaching on in vitro fertilization and intrauterine insemination and set up two highly successful central London IVF centres, as well as one of the first satellite NHS assisted conception services in the UK. Miss Hanna continues to teach and is passionate about developing safer equipment for minimally invasive gynaecological surgery.

She offers both reproductive medicine and surgery in addition to assisted conception from our satellite clinic in Kent.